This week I feel like I have been in a bit of a funk – just a combination of being tired and a few issues that have been going on awhile.

Since I quit my job almost 3 years ago, I have spent lots of time by myself.  Even when I’m working at our venue it is usually just me and my cleaning stuff!! This week I started thinking about how much my social life was tied to my job and I miss it!!!  However, I decided that wallowing wasn’t helping so I should do something about the situation!!! Then, as I was going through my blog feed I came across something that made my entire day/week!!!

My sister wrote the sweetest post about sisters.   In fact, I’m copying it here because it made me  so happy (after I finished crying!)!!!

There is something about sisters…something special…something unique…something only girls understand. “Sister” can mean an actual blood-related sister, a sister-in-law, or even just a friend who is so close you consider her a sister. Whatever definition you choose, there is nothing in the world like a sister. I am lucky enough to have all three of the above definitions apply to my life, but this post is really about only one of those. Kim. 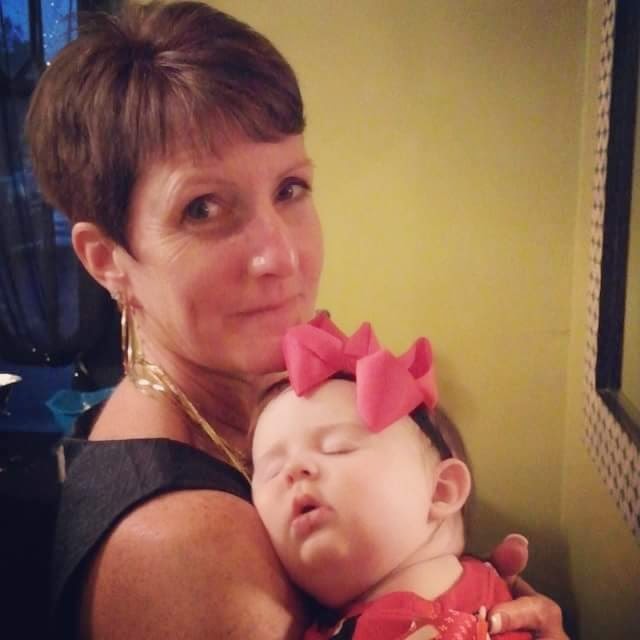 I’ll be honest, when we were young we were not friends. But then, what 16 year old is really friends with her bratty 9 year old little sister? That’s what a seven year difference will do when you’re young. But then we grew up a little, and those seven years didn’t seem like such a big deal. (In fact, at one point someone actually guessed that I was older than her, and I think our ages were 13 and 20.) And then we grew up even more, (you know, became adults!) and it was like that age difference just disappeared. It was awesome! 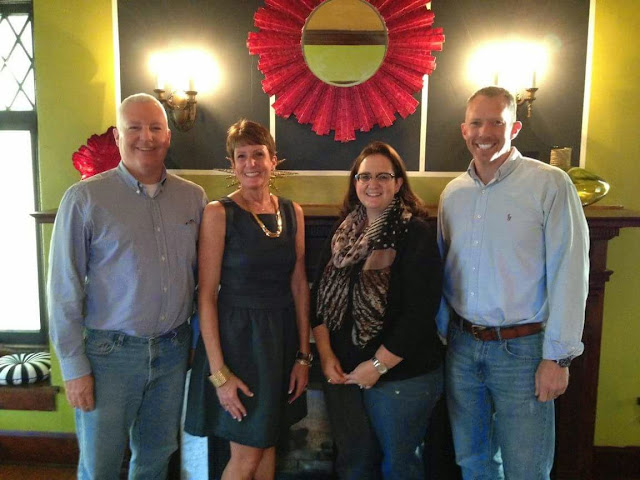 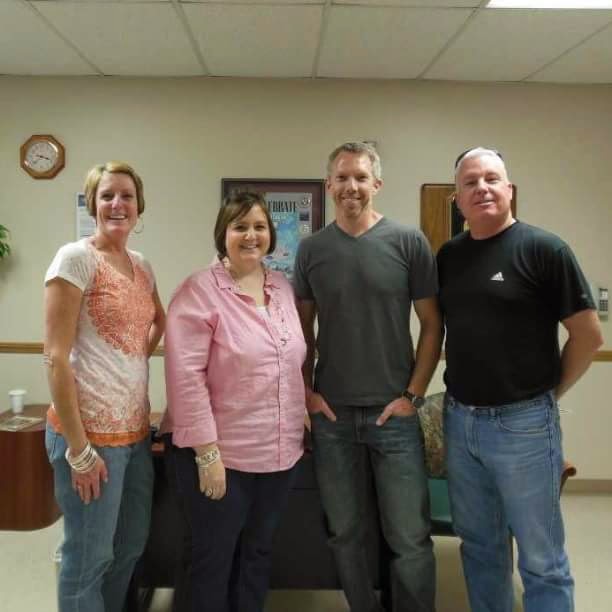 As adults, we both went through different life changing events at different times, so that pulled us apart again at times (which I think is probably pretty normal). But regardless of that, we have always been there for each other for the big things (weddings, children, etc.). I won’t lie when I say that I wish we were together and could share the little day-to-day things as well, but maybe someday! Regardless, I have always known that I could count on her for anything. There are two specific times when my sister was, let’s be honest, a life-saver to me. The first was my wedding day. Without being asked, she just took charge that day making sure everyone was where they were supposed to be when they were supposed to be there, without me worrying about anything. She helped me get ready (not sure when she got ready!), and was the last one to give me a hug before I walked down the aisle. She made sure everything was taken care of even after the wedding and after we left. And she did all that without being asked. 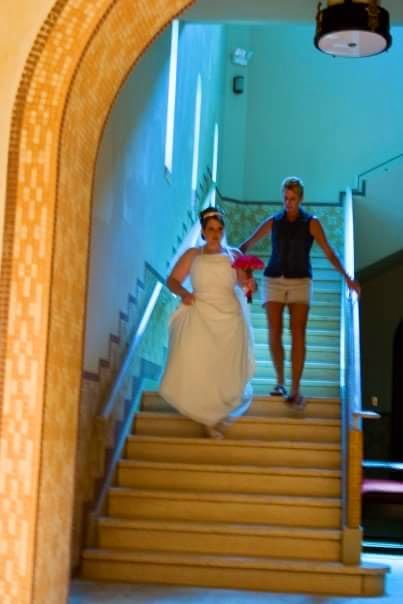 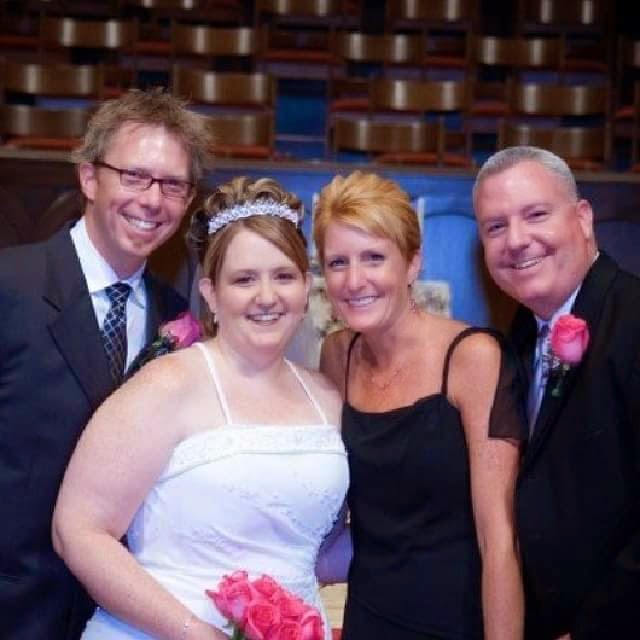 The second time was after Hadley was born. Unfortunately I had some health complications a few days after we came home, and luckily she was there visiting. I was admitted into the hospital and she, without hesitating, stayed and took care of my less than a week old baby at home. She gave him his first bottle, changed his yucky diapers, got up multiple times during the nights with him, and most importantly loved him. During those few days, I never worried about him being taken care of because I knew he was in very capable hands. And again, she did all that without being asked. 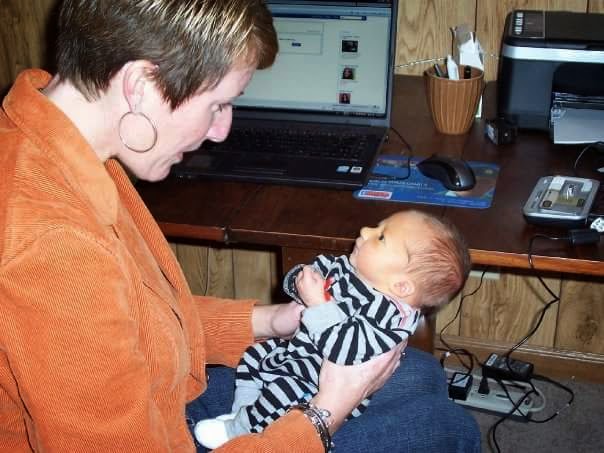 The timing of her post was exactly what I needed.

Have you ever read something that turned around your entire mood?
Do you ever spend a week in a funk?

Last night I asked Hunter for some suggestions for today’s 44.  He came up with one and it was rough!!!  I’m not really sure what to call it – HARD?

I asked Hunter if he would do the demo and he agreed even though he had already taken a shower (so sweet!). The other night at dinner I told Chris and the boys that I was going to try to make kindness a bigger part of my daily life.

I decided that for the month of January (and hopefully longer), I would try to make a purposeful effort to do something kind each day.

I know it’s only been a few days but in that short time I’ve discovered something – the act of kindness is all about the attitude!

Yesterday’s act of kindness was something that I would have done anyway but by changing my attitude and wanting to do something kind I actually enjoyed it so much more than if I had just done it and felt resentful for having to do it at all!!

I think that I’m going to enjoy being more purposeful about seeking out ways to be kind and I can already tell that this is one of those things that is going to make my life that much happier!!!

There are many times that I do things but resent it the entire time  – my hope is that by choosing to look at some of these things as an act of kindness the resentment will fade and it will become more natural for me to look for ways to be kind!!!

I think that in the big picture I am the one who will benefit the most from choice to try and perform more acts of kindness!!!

Today’s 43 was one of my favorite kinds – a combo move!!!  This one worked my lower body, upper body and core (balance) – it was awesome!!!

I did a side lunge –

After completing 43 on my right side, I had to switch sides!!

By the end I was really feeling this move.  I used a 10 pound dumbbell and my shoulders were burning plus I was breathing hard since I combined upper and lower body.

I decided to take the day off from working out – I’m hoping to get in a couple of long runs this next week so I need to rest my legs a little. Last night we went to church (it’s been awhile!) and the message was really good!!  The main point was that we don’t have to try so hard to be accepted because we have already been accepted just the way we are!! What a freeing thought to know that we are fine as we are and don’t have to try to fit any set mold or preconceived idea of what we “should” be.  I think it is easy to becomes so focused on trying to be the person that we think others want us to be that we lose sight of who we really are. We need to remember that what we do, what we wear, where we live – none of those things are what really matter.  The person that we are is what matters and what makes us special!!!

And, because we are accepted for who we are, we need to accept others.  Everyone is worth love, kindness and respect!!! A simple friendly gesture can go a long way in helping someone around us feel accepted!  The majority of people want to feel accepted by others and sometimes a little kindness and respect on our part is all it takes to help them. When we truly respect other people it is obvious in the way we treat them! This was a powerful lesson for me and one that I plan to remember every day!  There have been many times when I have felt that I had to do something to be accepted but really I just need to be me and treat ALL those around me with respect, kindness and love.